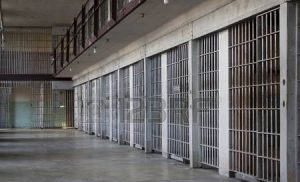 Missouri parole board played word games during hearings with inmates

This is one of the most appalling stories related to incarceration and parole I think I’ve ever read. I cannot imagine what it would feel like to have paid for my crimes (especially if it was addiction related) only to have to endure this kind of degradation at the hands of court officers. It is unprofessional at best and inhumane at worst. I understand there are hard core criminals, sociopaths, truly evil people in the world…but the vast majority are not, they’ve made a bad choice or bad choices, been incarcerated for victimless crimes, done time, and tried to rehabilitate in spite of the odds stacked against them. Filled with hope for freedom they go before a parole board that mocks and humiliates them versus deciding on their release based on the merits of the case. OMG, they did this for sport? These are peoples’ lives, their freedom. Freedom is SACRED, and I cannot imagine not approaching this with reverence. Not only do I think every single person who participated in this should be immediately fired, I think THEY should be incarcerated for contempt. Let them spend some time behind bars and see whether their attitudes change. They are disgraceful human beings, far more so than the people they arrogantly mocked.

I well know what the longing to breathe free sounds like, particularly in the context of ridiculous laws that don’t protect society, they punish the sick (both mentally, and addicted) whose major offenses are committed against themselves. As a society, we absolutely HAVE to STOP doing this.

NO ONE should be incarcerated for a victimless crime, and frankly, I think crimes for which there is no victim other than the perpetrator should be removed from the books on the federal, state, and local levels.

Further, I think anyone accused of the crime deserves better than a green PD, because these are the people who get and stay in the system forever. I don’t know if the answer is to force the DAs office to have their attorneys work both sides of the fence…say, 6 months prosecuting and 6 months defending? It may result in fewer people being incarcerated and facing ass-hat, appointed bureaucrats like the ones on this parole board. OMG, I am so angry about this. I am ready to explode. I literally dare a listener to find humor in this behavior.