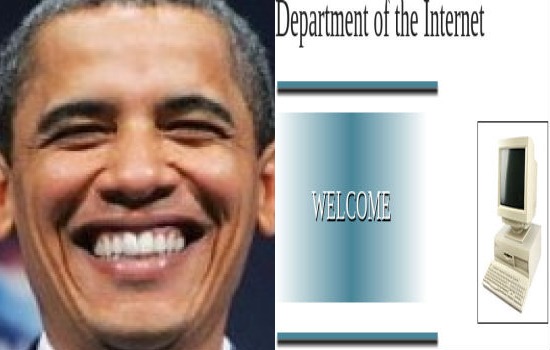 Why is it I always feel a little less free when big government bureaucrats say they are going to protect me, or something I have, do or want, by regulating me or it? I caught that the drum beat for an open internet was a ruse perpetrated by an agency made up of government appointees with a left-leaning politically driven need to control others right out of the gate. That “net neutrality”, against the wishes of the people we elected to stop this kind of government over-reach, is now going to be a reality means you all better be opening your wallets because like taxes, the monetary effect of regulation trickles down to the consumer 100% of the time. Of course the Republicans are bloviating about how they will stop the FCC from regulating the internet like a utility, but let me refer you back to their cave on the Homeland Security and the immigrants funding bill-they are spineless and their words are just hot air. I dare you to find one utility that operates better, costs less, and functions more efficiently because of government regulation. I dare you.

Nothing is less necessary than this action by the FCC. It will not improve anything for the people who use the internet, nor will it improve things for anyone who wants to put something on the internet. It will ultimately make everything slower, harder, and cost more because that’s how government works. Mark my words-there will ultimately be an “internet tax” paid TO the government so they can screw with us some more. The only people for whom this is a win are the bureaucrats who get their jollies ordering around companies and the citizens who pay their fat salaries…and for the Obama administration who again won the “whose male appendage is bigger” contest by wielding undue, inappropriate influence over the FCC in the matter.

To all of the morons standing with their “save the open internet” signs and chanting ‘hey, hey, ho, ho”, I say congratulations and beware-and you really ought to be more careful about what you wish for because in the case of government regulation, you just lost a little bit more freedom AND money…for nothing.